ABOUT, HISTORY & BOARD OF DIRECTORS 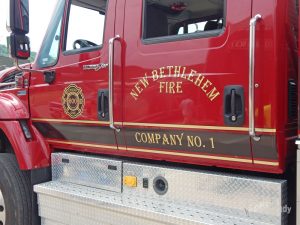 MISSION & VISION:
The purpose of the New Bethlehem Fire Company was to establish a response group to protect the citizens of our response area from the perils of fire. As the the times changes so too has our mission. In addition to the perils of fire, we also provide our services in various types of rescue, fire prevention and many other community-minded services. In the years to come, we will continue to adapt to the ever changing risk and perils that may face our community. 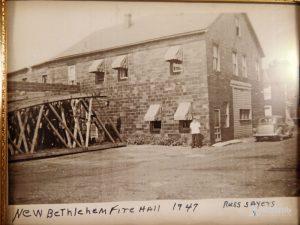 The changes in New Bethlehem Fire Company have been many of the years. Housed originally in the borough building, the fire department now has it’s own building. It houses five pieces of equipment. The current site, which was purchased by and renovated over the years by volunteers, also provides a large hall and kitchen for community use, large meetings, banquets and weddings. It also has a small room for instructional purposes and the volunteers private meeting room. The fire hall is also the Emergency Operations Center in a time of disaster. 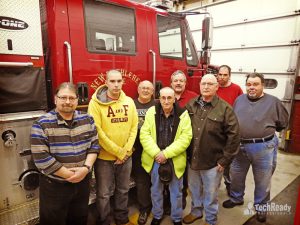 The fire department is staffed by all volunteer members, They annually elect a Chief, Assistant Chief, Captain, 1ST Lt and 2nd Lt. who command the members when called upon.

The business part of the company is comprised of the President, Vice President, Secretary, Treasurer, Doorman, and seven Trustees who oversee the use of the building and its equipment.